In what began to look like a textbook bearish flag pattern before we reached the Pt. 1 highs on the chart below, EUR is still feeling the pain of the downtrend triggered by the better than expected nonfarm December release.

Primarily due to the slope of the upper diagonal channel line (much steeper than the bottom) a powerful bust to the downside becomes less likely. Regardless, the more likely candidate for any type of breakout is towards the bottom, though upside risk is certainly still present, especially short term. Losing books from last Friday's fall like to seek revenge from time to time, and this situation is no different.

Where in a typical bearish flag pattern, the channel lines are relatively symmetrical, these are not. Therefore, the likelihood of a powerful downside breakout becomes more muted, given the slope of the upper line. Here's a link to site containing info for all standard chart patterns http://chart-patterns.netfirms.com/

The news of Greece is indeed still weighing in on EUR support, and Trichet can't seem to stop talking about his desire for a stronger dollar. I just posted a BBG article about it via Twitter and FB. You can find it here: http://www.bloomberg.com/apps/news?pid=20601083&sid=aoa27_5b3sCI

The latest COT report shows EUR shorts favored by large traders, with smaller traders and commercial hedgers being long. The skew for larger traders read long 36,437 vs. short 52,362, EUR alone. USD numbers were much more skewed, reading 40,234 for longs vs. 6,684 for shorts.

IF point 2 on the chart above had been violated at this point, the 1.4484 area could have served as a potential Quasi pattern, but this didn't happen. So with ZEW economic sentiment being released today, it could certainly shake up these charts after a day of very poor liquidity. I'll be posting more details regarding enties in situations like this in the weeks to come. 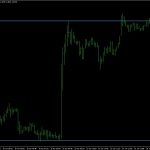 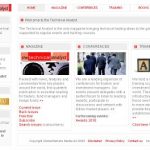