Last night, I had a great conversation with a gentleman who has been following my work/this site for many years now and as a result, we have come to know each other casually via email, etc.  Because he has been following my blabbing for so long, some of the things that he said, that I've said, in the past, made me cringe. Its because I've changed so much as a trader over time, which is natural. So there are bound to be things I would now classify as “nonsense” and outright embarrassing as younger trader, back in 2008.

Briefly, we talked about one thing that I said many years ago, that both of us thought to be rather profound (and don't jump to conclusions here): the success rates of a multi-day, swing trading strategy. For individuals, it is next to non-existent. CTAs and hedge funds utilize these types of strategies every day, but they are far from the “hand-behind-you-back” approach. In dealings with people that I, personally know, intraday, this is definitely not the case.

I know of far more individual traders doing well whose books are generally flat at the end of most trading sessions, as opposed to those who subscribe to convention swing-based strategy commonly force-fed through a marketing conversion tube to the masses. Maybe others can do it in greater numbers, but I wouldn't know (and individual trades online don't count – there are still plenty of guys use two live accounts, long in one, short in the other and “look what I did!”….oldest promotional magic trick in the book).

Think about the stats of retail auto strategies out there. They're all scalpers. Don't you think these bots would be longer term traders if it was easier to do so? More ticks/pips, money, etc.

This blog started on what I now refer to as a “hands behind your back” strategy. It was, in some essence, an altered version of what is commonly “sold” to the retail public.

To implement it, I was, without question, my own version of a basket case. The word discipline doesn't do it justice. I don't have discipline. I have stupidity avoidance. Its no wonder that psychology consumes nearly half of the topics for amateur traders. The bottom line is that when you don't know what's going on, you're fearful.

Fear of the unknown in normal.

You do not need a shrink or a PHd in psychology to “beat” something that has taken humans 200,000 years to evolve. . You're basically telling humanity that they're totally wrong about this fear thing because you need to make 40 pips on EUR/USD.

Seriously…how stupid is that?

And while I've always been able to successfully identify major inflection points, and even to the rate where I could set hard stops and take profits, and have the strategy work out in the end, I found it nearly impossible to sustain over the long haul. Here is a link to an article, published in 2010 by yours truly, analyzing the history of trades I used to post on this site in advance….WARNING….several cringeworthy comments in here: https://paracurve.com/2010/01/optimal-stop-loss-take-profit-placement.html

Way too many “what if”s.

What if there's shock data? What if I'm reading this wrong? What if my head immediately explodes for unknown reasons?

Its like the algo that backtests perfectly, then in live conditions, blows up.

It fails for most because of a lack of understanding of what's going on behind the scenes. You don't know how prices are made, how institutions truly operate, or why understanding who's in control is really the only thing you should care about.

From my conversation with, I'll call him Billy Bob, it was clear that there are so many myths passed onto retail traders its enough to make anyone insane. Such as (corrected for truths):

The bottom line is that, in my humble opinion, you absolutely need to get a leash on prices themselves. If you can't lasso it in some way, shape or form, then good luck trading it.

You can be wrong, that's trading, but never be surprised.

Like anyone else, I had the same misconceptions about trading. Truly, there was something wrong with me….did something go wrong in my childhood that I never considered? Clearly a higher power has a vendetta against me….etc etc etc…

I started trading futures about 4.5 years ago now. It was one of the best thing I ever did. I had been hanging out in a jaded mindset for far too long and needed a change of pace. Futures got me into yet another learning curve. It was one that I needed, but admittedly, all of those yucko feelings came racing right back again, the same ones I experienced in my early career as an FX trader.

Many questions I had regarding the nature of FX markets were instantly answered (but this did not equate to profitability from a day-trading perspective). When it came to topics of liquidity and so forth, I found solutions, but rather mediocre ones. I needed more to move forward.

I consecutively lost money in my first 3 or 4 months trading crude oil….and what a punishment that was. What I didn't understand at the time was that this was instrument driven heavily by market orders. Limits only had a certain influence, and at that, that inside bid/ask were so heavily manipulated it made zero sense to try to exploit common strategies on an instrument like this. From a discretionary trading, ultra high latency perspective, it was impossible to exploit any anomalous activity on the order book.

And just like FX, most videos, instruction, tutorials, etc., I came across online, turned out being flat-out dangerous and ultimately “incorrect” (in terms of what I was seeking). The creators of the tools I was using were the worst offenders. They need to market their tools, and rightly so, but many teach strategy in order to do it.

And if you think I'm claiming that the creators of these tools don't know how to use them, then you would be right. The most dangerous stuff comes from the guys that sound the most credible. You simply believe them more, whether they're correct, or not. Oftentimes, it is the stuff that floats under the radar, the data that needs to be mathematically extracted, that's missing. Scholarly papers are almost always were I find the best information to actually trade with…..and that's not an exaggeration or joke.

There has never been a worse feeling for me, in trading, than not knowing what's going on.

What ultimately ended up settling my stomach was a day trading approach with moderate leverage. The cliche, “hit bunts, not home runs” is true in my sense. So just “Moneyball” it and get on the bag. And every once in a while, you get into a position that runs on very obvious fundamental data. Don't let it go. The example I give all the time to FX traders is the first whiff of a move in interest rates leaked to the market. That currency is going to run for 2-3 days no questions asked. Nothing is better for your equity curve than a position that runs like a beast.

If you step up to the plate with the intent on hitting a home run every single time, you're going to have a bad batting average.

You should question everything you see until it makes sense TO YOU. If it doesn't, then you're only defending something that basically doesn't exist / isn't real. The best conversations I have with people about trading are the “jerks” because they push me to answer objectively and honestly. There's no better feeling than knowing that you have a clue.

Yes, algorithmic trading avoids much of this.  But it has its ups and downs like anything else. And that's an article for another day. 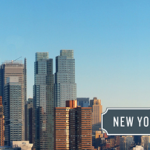 Fundamentals of Market Structure: For Noobs (and Experienced Traders Without Proper Footing)Trading Routine and Psychology 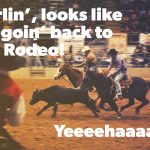 The Crypto Backdoor to Freedom of Leverage, Hedging Other Instruments?Trading Routine and Psychology