Hounding my readers isn't something I'm particularly a fan of doing. I always try to have a significant amount of content published before sending out an e-mail to anyone subscribed to my list. As I was about to publish two more large articles, one about measured movements in price ranges, and another about confirming trades via short-term patterns, something happened to me that basically ceased the writing process at least temporarily and made me realize how important other things truly can be.

Last Saturday, I had an accident in which I severed three tendons on my hand, temporarily paralyzing one finger and leaving another in poor condition. I'm currently typing this article through the help of Apple's dictation, and wanted to talk about something that few of us tend to be cognitive of yet holds unparalleled importance to pretty much everything we do in life….trading particularly.

Before I get too far, I just want to say that I'll be fine. I in no way intend this to be a “poor me” article or seek to gain sympathy here. On Thursday I get everything reattached via surgery and within a couple months I'll be good as new. But what perhaps “scared” me the most about this entire incident was the fact that I never saw it coming (if I did, obviously, it never would've happened). We spend so much time preparing for things in life that could at some point endanger us, but it always seems to be that things that we don't prepare for that bring the most trauma.

I've done a lot of things in my life which many people would consider dangerous. My injury, of all things, came about by moving a very large glass vase that, without warning, ruptured in my hands and came down on me like a guillotine. Just prior to doing this, I ran 7 1/2 miles all over downtown Denver, weaving in and out of traffic, crossing creeks, and dodging bicycles on an overcrowded path. You would think that at some point, with all these potential things that could have harmed me that day, a glass vase wouldn't have been one of them.

Now admittedly, maintaining this blog always has me seeking out new things to write about. I find inspiration just about anywhere you can imagine in order to connect things that we do on a daily basis quite naturally to the difficult task of trading. About four years ago, in the early days of this blog, I wrote an article called “Measure Twice Cut Once”. It was an expression that my Dad used all the time when he was building just about anything. He did a lot of wood and steel work and would always say that prior to cutting any component of the project he was working on.

My Dad also had a very small sign right next to the “on” button on his circular saw. It said “think”. No doubt there to ensure that my father's safety always remained intact, all of these signs and concerns can only do so much good sometimes. As we all know, unexpected things can and will happen in life, and sometimes the best we can do is simply roll with the punches.

There is an expression I use around here quite a bit: know your market in and out. If you don't know what you're doing, don't do anything at all. Volatility has picked up this past week, and I'm sure a lot of novice traders are getting cleaned out as a result.

Just like weather patterns, the market goes through different cycles. One day it's sunny and calm, and the next day a huge hurricane is passing through. When you're trading, it is just as important to know how severe the storm will be as it is to know which direction it will head. Over the years I have seen far too many people jump into this or any other market with large sums of money, fully unprepared for what they are about to do. For those things in life in which we have the ability to be prepared, we should embrace it as much as possible. Foolish inconsistencies tend to get in our brains, however, clouding our good judgment and steering us down a path opposite to proper logic.

And then there are the unknowns. Whether you're driving a car, operating a saw or trading currencies, you will only be in control of so much at any point in time. Mechanical failures could occur. Something could instantly get in your way. Unintended events almost always likely will happen and it is crucial that you are fully conscious of this possibility.

My writing can really only do so much good sometimes as it's missing the seriousness in my voice that accompanies the words on this screen. I make a point in almost every article to do your homework and understand the global nature of everything that you are doing. Soon I'll post an article about all of the essentials, in short form, regarding everything I believe a person should know prior to jumping into trading. The amateur traders I have met over the years all seem to lack knowledge when it came to some very basic terms that I believe everyone should know. And I ask myself: “if this person doesn't even know what this basic term means, what else don't they know, and how could they possibly trade correctly without this very basic, fundamental knowledge?”

So without wagging my finger, (I can't anyway 🙂 ) I just wanted to post a little reminder to go back to the basics and understand as much as possible about what you're doing day in and day out. With so many unexpected things that could occur, don't let the expected stand in your way of progress. And as usual, if you don't understand something, work until you do, or at least a plausible solution is within grasp.

See you very soon and as usual, thanks for stopping by. 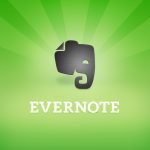