I have mentioned several times on this site that keeping a catalog of your past trades and other key concepts in a separate folder on your desktop is a great way to have constant reminders for future activity. But admittedly, doing it this way can be difficult to manage and find what you need in such short time.

There is zero question in my mind that people miss or fumble on potentially great trades due to the fact that they simply forget key patterns, concepts, or other relevant statistics. This statement is of course a lot more valid with newer traders, but it doesn't matter how skilled you are. It is going to happen to everyone, at some point in time.

For one particular reader, he realized this was the case. He told me that it made no difference what his past errors were because he kept on forgetting many of the technicals when it came time to trade, just because they weren't engrained in his head. We just talked about “floating and “static” knowledge not too long ago on this site, and so I could easily nod my head when I read this.

When you're in the heat of battle, you don't have time to start digging through book, papers or yes, even folders on your desktop, just to recall one simple little nuance. And I'll be one of the first to admit: no matter how long I continue to trade, I still can't remember all of the regular statistics on price pattern movements or failures, bar patterns, etc. I still look at references because I simply can't remember it all, especially if I didn't create the concept in my own mind. And I don't trust programs to do this work for me. Even the most skillfully coded price indicators can lead me in the wrong direction, and I don't want anything clouding my judgement.

So that's where Evernote steps in.

One thing in common with all of the “turnaround traders” that have had contact me over the years is that they are all well organized. It's very clear from the moment I get the email who is scattered, and who's got an organized mental inventory. This one particular reader has told me more than once that organization, or just remembering things, was a huge issue of his.

I'm a huge fan of Evernote, and I literally use it everyday. This post was even written in Evernote before I uploaded it to this site. It works on my PC, my Mac, my iPhone and iPad, and it is literally there wherever I need it, so long as the device is in my hands. I use it for my trading notes, workout routines, NBT posts, and anything else I need in the future. It stores images and other media files as well, and it behaves a lot like Microsoft Outlook, so I was already generally used to the interface when I started using it.

…literally copy materials (images mostly) of common areas to find support and resistance levels that matter, trades that “looked” difficult to an untrained at at first, as well as common candlestick patterns which he used for confirmation when the levels got hit.

He would use chart examples, or just copy images from reputable websites and paste them into a new note. Evernote allows you to create “Notebooks” of similarly-related material, so he would have one for each major concept. And when the urgency of time became a factor, all it took was a simple click to see what he wanted, instead of digging through folders.

He only has 2 monitors, but says that's all says he needs, which I don't doubt. The first monitor has his charting and execution software, the second, Evernote, with everything else (Ransquawk feed, etc) running in the background.

And so with some simple adjustments, he's ready to go, and told me that once he started using this program comfortably, he noticed a big change in his day to day routine.

Evernote is available on PC or Mac. The interface looks very similar to Microsoft Outlook but instead sending emails, you're just taking notes. Evernote then stores everything and syncs it between literally, all of your devices.

It is also available in the iTunes Store for iPhones and iPads and the Google Play store for Android Devices. It is literally everywhere you go.

The Evernote Web Clipper is an extension for Google Chrome, Firefox, Safari and Internet Explorer that will instantly take the contents, or part of the contents, of any web page, and create a new note in your Evernote account with the click of a button. Find a good resource for price patterns? Just click the button, and a new note is creates that includes all or part of the web page, with this image.

Tradingview.com – No More Fumbling With Images on Your Hard Drive

If all of the scattered images on your hard drive of charts and other notes is an issue, no more excuses.

Tradingview.com is my preferred source for charts on this site. I use them because of the host of features they have to offer and I like consistency in all of our posts. No matter where I am or what computer I am using (I've got a MacBook Air for a lot of couch-based work) I can easily grab a screenshot and keep everything consistent. 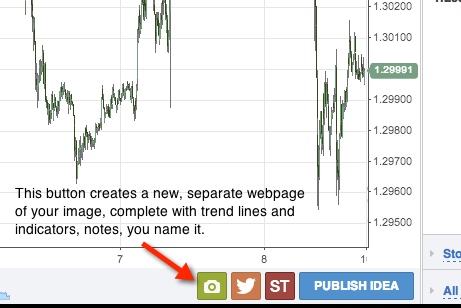 TradingView has a neat little feature that takes a static image of your chart, and creates a new, unique webpage with your image. You can then use the Evernote web clipper and immediately create a new note with your chart.

This avoids screen capture software, having to download, name and then find and upload or move your images, which is all admittedly a pain the rear.

Just some weekend brain stew. If it helps, it helps. It can been a huge timesaver, with a lot less fumbling.

Thanks as usual for stopping by and see you soon,
Steve

Steve W.
Since 2008, ParaCurve (formerly NBT) has been a provider of a wide range of articles geared towards a common sense approach to trading using fundamental market analysis in conjunction with globally identifiable technical levels. Steve is a 17 year trader, having formerly worked as a sell and buy side global macro analyst for several of the largest financial institutions in the world. You can follow us on Twitter or Facebook. Series and support at FXS Analytics.
Showing 8 comments
pingbacks / trackbacks 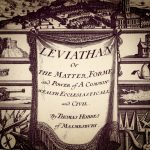 Correctly Applied Knowledge is Power: Bridging the Gap Between Learning and Application in TradingTrading Routine and Psychology 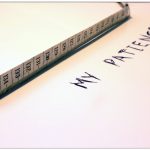