At last night's event I mentioned the 3220's as a potential stalling point, and said I would post a chart in regards to how I came up with this number. So I am just filling the promise here. This is the result, and it is nothing I haven't posted on here before: 92% spike base to low and give it a little room due to the depth of this range. Next major area of interest follows the spike base high. We also have some basic price symmetry going on here and any lunges to the highs again would have some tangible targets.

Thanks again to everyone that joined us yesterday.  My portion was recorded so I'll get that up here (along with a pdf of the PPT slides) when it becomes available. 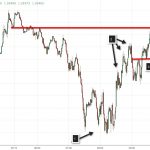 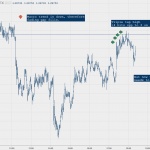 For the Scalpers (but the same applies for larger timeframes)Trading Strategy Examples: Quick Charts