It was almost exactly 2 years ago that Philipp Hildebrand, the then newly appointed head of the SNB (that didn't last too long, did it) proclaimed an anti-appreciation policy for the Swiss Franc.  Since then, the Bank has had quite the history of intervention, and now holds the ranking of the country with the highest FX reserves as a % of GDP in the world.

On March 12, 2009 we first witnessed the bank intervening on its own currency with full force, fueling EUR/CHF nearly 500 pips before throwing in the towel.  Flip forward to September 6, 2011, and not much has changed.  The mystery trade executed by Hildebrand's wife sent him to the unemployment line and now we have a new leader that may or may not decide to continue pushing money against the Swiss Franc.

The market continues to play chicken with the line in the sand, and EUR/CHF is now resting 85 pips above the proclaimed 1.2000 level.  This is something that has obviously been on my radar for a while but I have shied away from in terms of activity.

There are a few things we have learned since then, I'll try to be as blunt as possible in terms of trading:

1. EUR/USD, under pressure from EUR/CHF buying, rises in tandem with the pair during the actual intervention. Immediately afterwards, it sells off aggressively and fills up the gap.

2. Sell stops on EUR/CHF have been piled up heavily under touted areas of intervention.  When the bank is called bluff, someone sells big, triggering these sell stops and sinking the pair aggressively.

3. Much more ambiguous, and for the dealers to mess with, EUR/CHF itself fades from the peak. This occurrence has been hit or miss and contingent on the situation in time.

Almost 2 years ago I posted a graphical recap of all SNB interventions to the date of the post. You can find it here: https://paracurve.com/2010/01/hildebrand-reaffirming-franc-anti.html

With Hildebrand or not, the 1.2000 proclamation level was stated on behalf of the SNB.  It would seem nonsensical for them to wait until the level gets approached or bluff yet again, but not much more nonsensical than stack up these reserves in the first place. USD/CHF demand was teetering today, so we might be drifting for a little while longer. 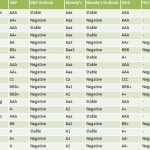 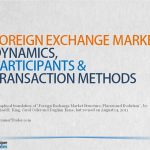