On Friday (January 22), the Wall Street Journal released an article in which they interviewed the newly appointed head of the Swiss National Bank, Philipp Hildebrand. Through the haze and fog, one statement rang louder than the others:

“Our policy is clear: We will resolutely prevent an excessive appreciation as long as there are deflationary risks.”*

This isn’t the first time in recent weeks we have heard this from him, however. On January 11, he issued a similar statement, when EUR/CHF was trading in the 1.4792-1.4736 range. The quote was:

“The SNB will continue to prevent any excessive appreciation of the Swiss franc against the Euro,”**

In the days following that remark, EUR/CHF hit a high of 1.4807 before it came tumbling down again, driven by what many believe to be risk aversion against the EUR, notably tension in Greece and Trichet's regular decrees for a stronger dollar. The pair now sits in a rather precarious zone. Without any sign of serious support seen for a while now, the pair just broke through 1.4700 before a ring of end of day volatility on Thursday, bringing it back up above the level.

One thing we know about Jean-Claude Trichet, as just pointed out, is that he isn’t rooting for a weaker dollar vs. euro at this point, but the recent EU effective exchange rate drop could have very well cleared a bit of a buffer zone in the event of the Franc’s rise against it. Again, without the market really knowing any details about the SNB's intent it is difficult to definitively say where any boiling points might be, but better of course to be prepared for them as they certainly exist.

Previous to the December 17th break of the 1.5000 handle, the market saw 3 serious surges on EUR/CHF from the level. The last spike (a fourth, November 25-26th) was attributed to ‘intervention jitters’ by larger speculators, without any quasi-official buying being rumored in the market.

Here is a link to the original Wall Street Journal Article (you will need a subscription to view it in entirety):

And here is a related article originally printed by Bloomberg, reprinted by Business Week:

Below is the play by play of all three moves, the first of course being the largest, broken down to 5 minute chats to show the magnitude of each situation. And if you want to get into the nitty gritty, all 3 occurred between 8:00am and 11:00am EST. Again, all we can do is speculate at this point as to what exactly could happen, if anything at all, but we do know that with the market hearing of such things there is likely to be some sort of reaction from immediate areas. 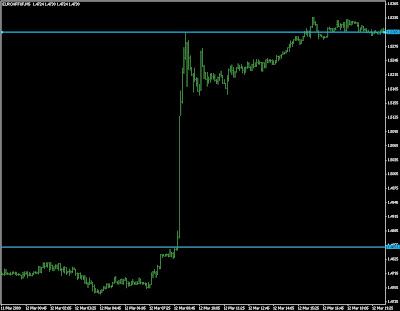 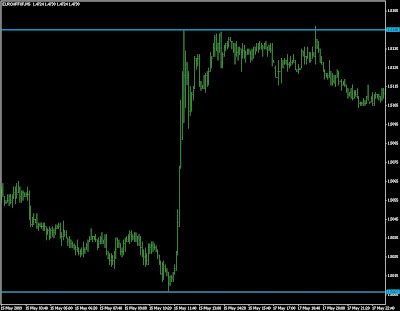 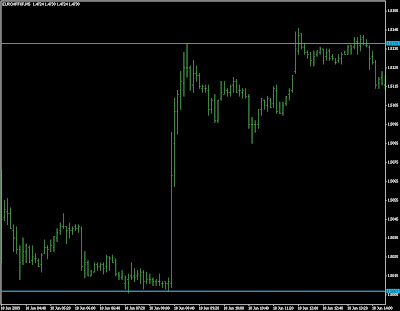 November 25 (believed to be speculative reaction only): 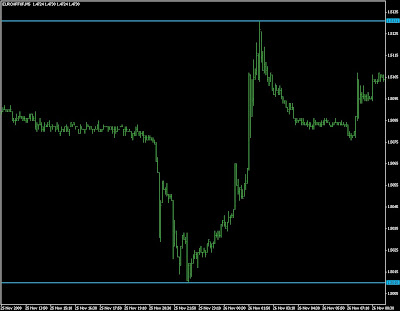 And where we stand today: 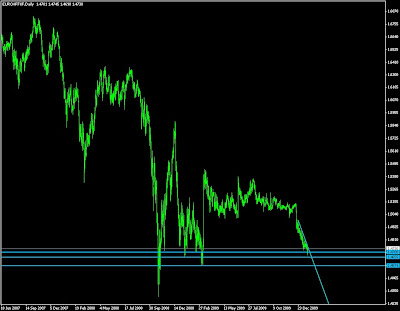 So what about price action?

Major levels in this area have not been seen in some time. At this point, and especially with the market hearing statements like this from Hildebrand and the current position of the EUR, we should be able to trigger immediate reactions from just about any of these areas. Respectively, we have the 1.4700 handle, 1.4655 and the 1.4577 level below the current price, that is of course, if it wishes to go that low. In terms of weaker resistance, a diagonal trendline sits on top of the current trend, which was hit on Friday and faded a bit before the close. Market analysts seems to be geared towards alarms in the 1.4600 – 1.4655 range.

After coming close to hitting 1.0500 again on Thursday, USD/CHF it is hovering just beneath a resistance area that I wouldn't be eager to fade at this point. I would rather wait to see what pans out with the SNB and focus my efforts elsewhere in the meantime. The closest levels to the downside currently rest at appx. 1.0354, 1.0337, and 1.0290. The top of downward channel it’s currently trading in is at appx. 1.0700-1.0730, should any instant rise occur. 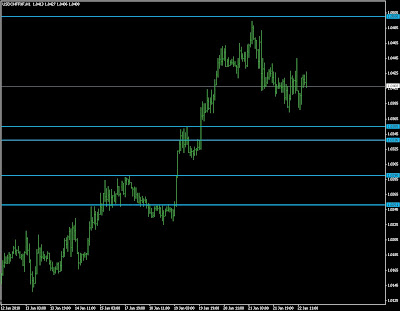 Please feel free to post your comments below. Thanks, 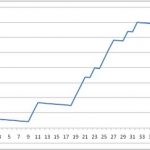 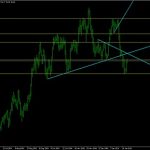 What About Other Markets?Price Action Trading Strategy