On December 5, Standard and Poors placed 15 of the 17 Eurozone nations on creditwatch: negative, or under review for a rating action (downgrade). Today we hear from Fitch, who places already outlook: negative nations under review for a potential downgrade.  “Results” from the Dec 8-9 summit have left the agencies dissatisfied, to say the least.

Comments from the ECB and monetary / political leaders of Eurozone nations have intensified in the past few days regarding these potential downgrades, and the market is leading to believe that the action is coming much sooner than the “within 90 day” guideline.

Sovereigns are typically notified up to 12 hours in advance of a rating action.

S&P's language the day of the release signified a potential 1 notch downgrade for the following countries:

….and up to two notches for the “other governments” omitted from the one notch list including France, Estonia, Ireland, Italy, Malta, Portugal, Slovakia, Slovenia and Spain.

Fitch placed the following nations under review for a potential downgrade today:

….and affirmed France's AAA rating but revised their outlook to negative.

Below is a current summary of ratings and outlooks (not “under review”) across the 3 major agencies: 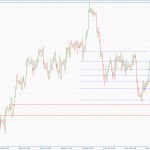