With an already massive storm of events this week the Euro Zone has yet one major scheduled hurdle to get past: tomorrow's ECB rate decision.

Consensus is pointing at UNCH with a handful of dovish analysts looking for the ECB to cut by as much as 50bps.

Money markets are “pricing in” a 50bps cut by December, fueled in part by Greece's recent decision to hold the rest of the Euro Zone hostage, err, I mean, hold a referendum on its bailout package.

…it is worth noting that several of the surveyed have been looking for a cut since last month, now.

“The ECB monitors two “pillars” of monetary policy – the harmonized index of consumer prices (HICP) and M3 money supply – in its objective to control inflation. The ceiling for HICP growth is 2 percent. M3 growth is targeted at a 4.5 percent reference growth rate.”

Cutting rates, needless to say, is going to do nothing more than throw a 100 tons of pure gasoline on a fire that is already roaring with incredible strength.  Then again, no one expect Papandreou to throw the curveball he did this week.

EUR/USD subsided a bit above the 1.3000 handle on nothing more than “normalization” of price today, or an overheated and beat-down market.  The headline that brought it back down to middle earth:

…following the US FOMC statement, which was essentially a carbon copy of last month, all about reiteration.

On its own, Euro Zone inflation is at 3.0%, with expectations to drop below 2% next year, but  it is not the end-all as far as rates are concerned. In the event of a “dud” statement, it's all back to Greece: the fear, the concern, and all that has put everyone on the edge of their seats this week. 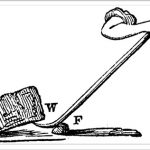 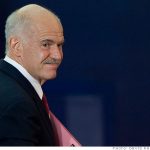 Fate and PapandreouForex and Futures Commentary