Time to get serious?

With the Euro reaching higher and higher lately on an all out “risk-on” play, we have somewhat of a more solid timeline in terms of when to expect any serious decisions being made about the crisis in the euro zone.

I generally attribute rallies in currencies like this last one to “hope and dream” plays.  It is the expectation that something positive is about to occur that traders are lining up.  The event itself usually only carries slightly more positive reactions (if favorable) before any type of fade correcting the movement……and usually only a fraction of the move (higher, in this case) itself.

This of course depends on the severity of the event.  In the case of interest rate hikes higher or lower, the above is usually the case.  With traders blowing off more steam to simple bailout tactics lately (they are becoming numb to them) fades of “hope and dream” plays appear to have been the norm. In this case any follow-through after Wednesday, it is going to be contingent on how high these leaders want to roll up their sleeves in order to impress.

EUR/USD is about to run into a boatload of resistance between spike bases, the bottom of a previous trading range, etc. It's currently at 1.3895.

I usually look for any form of stalling just ahead of the event (day or two) and hold tight for any announcements.

This, of course, is all ex a stream of “who knows what” prior to Wednesday.  Data releases scheduled for next week are generally on the weaker side, so it's game-on for surprises. 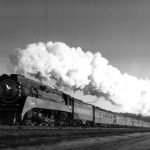 A Sustainable NBTForex and Futures Commentary 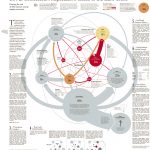 A Spectator’s Guide to the Euro CrisisForex and Futures Commentary