There is nothing more relevant to the movement of any market than the human element.

A large pool of thought exists behind simple “fundamentals”, “technicals”, and how to use them to profit in various markets………but things are never so simple. If your model relies simple on fundamental data or technicals, you have an overwhelming chance of ending up in the gutter.

If you sat a newbie in my office and forced me to teach him everything I know, the very first thing I would explain is to understand the fact that raw data does not move this or any other market……….humans do.

Several good friends of mine solo-daytrade commodities and equities, and the words I hear coming from their mouths consistently sound the same:

People that invest over a smaller window of time know the pains of the human element probably all too well. A trend keeps moving, or a sharp reversal occurs after hyper-enthused buying or selling. “Traps”, or whatever you want to call them, appear to be happening left and right, and there seems to be no easy way out.

There's a certain flow to things that need to be absorbed from the very beginning. Saying things like “this just doesn't make sense” is usually the noise of a scorned trader. There's always some sense to it, as nonsensical as the root cause might actually seem. Whether it's standard hype or outright fear, there's always a cause…..your job is to simply get used to the mainstream flow of buying and selling in various circumstances.

If the masses are piling on a boatload of money and the market is rallying, figure out the circumstance that caused them to do it. Chances are it will happen again when a similar scenario arises.

Likewise, if the market heads in one direction and sharply corrects, again, simply look at the circumstance that lead into it. Chances are that this, too, will occur when a similar situation presents itself.

Getting used to these flows is one thing (and the only right thing, in my opinion), but what most people find themselves doing on a regular basis is getting married to a starkly contrarian or trend-following mentality. They are throwing out the issue of the human element and their reactions to the expectations of events that have yet to occur or the event themselves are sacrificed for a quantified version of investing, as discretionary as they might think it is.

The same is true for “armageddon theorists” (i.e. the “everything is stupid” or “everything sucks” crowd) or the “hopeful bulls” (i.e. the “I need this to go up so my clients don't skewer me” crowd).

Those that fail to make any form of clear sense of it typically end up blaming everyone else they can possibly think of……..hate overrides their failure and it's always someone else's fault. It is a nasty outcome, but all too typical.

“The smartest guys” I used to work with in the corporate world were also the worst market strategists. And they were “never” wrong. Taking responsibility for something isn't usually how you move up the corporate ladder in a bank. Blaming it on other people, hanging around until 2am pretending to “work” and sucking up to the boss typically is.

But when you're on your own and after pure alpha, there's no one to blame. Confusion arises and it's typically centered via the human element.

I have a folder I keep on my desktop that is filled with nothing more than screenshots. On the screenshots, I've got notes that outline the circumstance that caused price to rally or fall on any given day. Technical levels are also there as guides, but nothing more.

They are categorized by event type, so that when a similar situation arises, I can see tick for tick how people were behaving in the past. Granted, the wires light up from time to time with information with which I'm just not comfortable trading, so I back off. But this is just my way of getting used to the flows, and more importantly, not thrown off track if things don't go my way.

Unquestionably, there is no exact science behind what I'm discussing today, and learning it can take a considerable amount of time. I'm simply stressing that others should adopt this way of perceiving price movements for longer term sustainability.

Soros' “Alchemy of Finance” discusses a similar premise right in the opening pages. He calls it reflexivity, though applying it seems to escape most people. The interpretations of the concept itself have been vast, and I tend to think that more people simply like to discuss it rather than use it. One way or the other, it essentially falls on the human component.

Something I observed in my early days as a trader was how people react to events that have yet to occur, and what happens when they actually do. As a recent example, we can see the piling on of risk in hopes of a favorable outcome of the EU Economic Summit. Risk appetite has been fueling largely on “hopes” of an outcome that has even yet to occur.

And this happens all of the time. In a recent presentation I moved to represent this idea with the following chart. It outlines the expectation of increased / decreased interest rate differentials between the ECB and the Fed as early as 2007. Some of the more notable movements are marked up, with others clearly visible.

If you can draw any conclusions from this chart, it's that the expectation of the event that has yet to occur has moved the market as much as 3X than the actual event itself. Call it “pricing in” or whatever you will, traders tend to underestimate the power of hearsay. As far as all other movements on this chart are concerned, the list would get enormous in terms of events that have occurred over the past few years, though the premise is certainly the same.

Some events are outright confusing to many traders, but to others, they make perfect sense. For example, think of a very poor (much lower than expected) release of non-farm payroll numbers. In several recent releases, EUR/USD would actually decline immediately following the data. Traders sit, scratch their heads and ask “why is EUR/USD heading lower?” And then “bam”, just as they get margined out trying to go long they close their positions for a loss, only sit and watch EUR/USD rally for the rest of the session, and into the next.

Jerk movements like this appear at first to be nonsensical, but oftentimes the nonsensical is the route that makes the most sense. Get used to it, and don't fight it. Storing your own “database” of these types of movements is just one way of getting yourself accustomed to them.

When your 1-2-3 strategy flops on its head, you can thank the human element for taking your money. The old saying that “screentime” is the most important factor to trading success stands true to a certain extent. You can get in all the screentime that you want, but if you're not observing price in relation to events that have yet to occur or have just occurred, then you mine as well be watching TV.

Fundamental data or news drives the value of an instrument only to the extent of what other people think about it. Learn how people essentially interpret these events, and you're closer to grasping realistic movements in price. 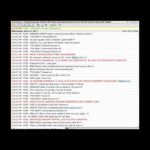 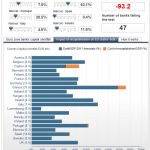