While my hiatus from blogging seems to have happened yet again, this isn't entirely the case. I wanted to just send out a quick update in order to fill in any regulars in terms of whats going to be happening around here, outlining some key changes and overall direction of the site.

Over the years I have come across a number of hurdles in blogging that I have always wanted to get around, and the fact of the matter is that they won't be able to get accomplished through this site alone. Many of you know that a workshop was held over the summer that, while meaning fully to help/guide and educate, also had a background motive in terms of proceeds received from it.

And so a new star is being born. I'm pulling a page out of Netflix's “EPIC FAIL” book and spinning it to (hopefully) succeed, thus creating a new site that will allow us to focus not only on FX, but other asset classes as well as other things that are just flat out fun or entertaining – so the scope is getting broader, not more contracted. I come across a lot of things I want to write about but the confines of this blog don't really allow me to do so.

Also, in terms of embedding data, etc., I have a lot of ideas that just can't get done on WordPress……the platform just isn't build to do what I want to do. I have found one that is, and have been building out the next stages of where I want this site to head. There is a lot of harsh, market moving information out there that is just plain hard to access – my goal is to make that access as simple as possible through the introduction of new in-page apps.

As things are moving along steadily now in terms of this, I'm going to start updating NBT with a range of other items. Truth is, I have a swell of info that just never hit the internet but I'll get it out just as fast as my fingers allow. FXStream was the original idea (with a live video feed, etc), but plain and simple, I'm not going to have the time for it, nor is it as robust as I wanted it to be, so onto plan B. Logistics can be such a pain sometimes :).

Updates will of course be posted here. See you all soon, 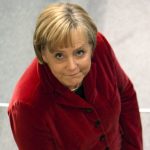