My mother always used to say: “organization is the key to success”. While  I've debated this many times, ascertaining that other factors come into play, one thing that really annoys the hell out of me are messes.  I can't find anything, my desktop is cluttered with a bunch of stuff I don't even need anymore, and it takes too long to access some simple key folders to even start getting organized.

My trading day is busy enough, so one thing I want to always stress is just remaining productive.  With it being Friday and with a little inspiration from a recent article on Lifehacker, I wanted to post something a little lighter to possibly help a few people out with some organizational tools for those aren't aware of some of these things already.

First off, I present my desktop, first monitor only:

There are a few things installed on my machine, and they aren't slowing it down.  Best of all, they're all 100% free.  Some have been out for a long time, others not, but regardless here's the complete list in order of things I find most useful:

That sliding bar that looks like a MAC Leopard OS interface at the bottom of the screen is RocketDock, and this little add-on alone saves me a ton of stress and time.  I download ALOT of files, and accessing separate locations for them can be a sometimes be stressful.  Rocketdock allows you to organize all of your shortcuts for easy access, right at the bottom of the screen.  You can even stack folders using one of the “docklet” plugins (eg for Microsoft Office, I have an Office icon, I click it and all the shortcuts show directly above it).

It also has a ton of available skins, “docklets” and alternative icons available for use on their website.  You may not like MAC's OS, but you might love this shortcut.

The alternative to RocketDock is ObjectDock, which offers a free and paid version.  Bottom line is ObjectDock does pretty much the same thing as RocketDock but with about 2X the resources being used on my PC – no fun.  Not to mention there generally aren't as many customizable plugins available for it.

Fences is a little program by the creators of ObjectDock.  You'll see in the upper left of my screen there is a box of icons labeled “Website Stuff”.  Fences allows you to round up your icons and organize them into folders like these on your desktop.  If I must have a lot of icons on my desktop, it is insanely annoying to have to look for something when I need it.  Fences solves this problems with a quick install.

Rainmeter is a lot like Window's attempt at throwing widgets on your desktop, but it's simply better than the OS version and a lot more customizable.  All of those boxes in the upper right portion of the screen are powered by Rainmeter, and these are only a few of them.  There are literally hundreds available for install that do all sorts of interesting things.

The skin installed on my PC is Omnimo UI, a Windows Phone7 esq type of theme.  You can find more themes for Rainmeter by going to DeviantArt and searching for Rainmeter or at customize.org.

The desktop background is courtesy of Simple Desktops — no pictures of some beach on an island you have never been to, a supermodel or a sports arena getting in the way of me reading anything on my desktop.  I'm a fan.

I still have Vista on my home PC, so I don't mind using this plugin to get rid of the unsightly default boot screen image, so when I start up or lock my computer I don't have to look at the same old ugly drab background.

This is just a short list but there are literally hundreds of other plugins out there that can accoplish simliar tasks, not to mention the expandability of the ones getting posted here.  If you have any other ideas, feel free to post them below.

Have a great weekend,

Steve W.
Since 2008, ParaCurve (formerly NBT) has been a provider of a wide range of articles geared towards a common sense approach to trading using fundamental market analysis in conjunction with globally identifiable technical levels. Steve is a 17 year trader, having formerly worked as a sell and buy side global macro analyst for several of the largest financial institutions in the world. You can follow us on Twitter or Facebook. Series and support at FXS Analytics.
Showing 5 comments 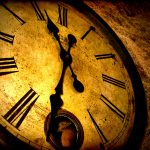 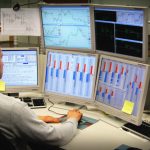 My Daily Routine: Checks and Balances for a Successful Trading SessionTrading Routine and Psychology