While the focus as usual tends to be on employment growth (which alone we question in the U.S. on a number of fronts, particularly in production and manufacturing) and increased spending/forecast GDP, a question lingering is the flat-as-a-pancake housing markets that get little mention, and repercussions in recovery of such through 2011, particularly in the United States. A temporary “bandage” is on but the wound is still wide open. Equity and housing markets have been at a complete imbalance through the course of this year, though other correlations, such as equity and FX, have been moving further apart as well. As a comparative measure to the EU, as the Euro has indeed been the source of weight for higher yielding currencies, it becomes a question of timing, and what major events will unfold and when.

Here is a general outline of some heavier points from the 53 page report (links/references below). 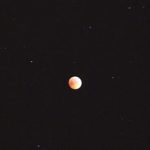