Please don't get too excited by the title — we haven't decided to print money to give to our readers (though would not be a bad incentive….we'll let the U.S. Fed be our test dummies, and as a prediction I don't think we'll be doing it).
NBT has been on a temporary pause for the past couple months due to a number of exciting reasons. Those of you close to me know full well what they are but long story short, on a personal front, we have undergone some massive changes in the past 2 months, but nothing negative and we're all quite happy.

Since we have been gone, a number of exciting things have happened. In the shortest wrap-up possible, here are the highlights:

The politics surrounding all of the above are of course endless, but we find ourselves in unique times nonetheless. If we back up as traders and say “ok, so what do we do?” the first thing to bear in mind is control over volatility. Anyone that has been trading throughout this recession should be more than comfortable with it by now, and on point in terms of what to expect.

Media hype is one thing, policy change is another, but trader reactions to all of this news remains consistent. But media hysteria aside, and purely from an intraday trading standpoint, price action has continued in its similar and recognizable manner. It has been driven by common fundamental trends, data, news articles, technicals, etc., so we can save any thoughts about having to change our trading styles any time soon.

While the themes have changed we can still judge them as either positive or negative, but one thing I always find most important is to not get too ahead of myself. Longer term predictions in a market such as this have been harder to sustain. They make great news for Fox or CNBC, but can wreak havoc for currency traders if not properly managed.
From a technical standpoint, we have a few obvious things worth pointing out, and technicals, as usual, will be the concentration this week and going forward. Please be sure to check back in the upcoming days for more updates.

Euro Gets Funked By Irish Money

Euro breathed a sign of relief last week on news that an official response to all things problematic in Ireland will come in the middle of this week. Yesterday, Irish Prime Minister Brian Cowen was quoted affirming such a rescue package, bringing in a higher rate of fuel injection to the Euro.

One thing we have learned about bailouts, in terms of the immediate reaction, is that traders like to put the risk on. But like anything else, the shine wears off and they tend to have a weaker effect as time passes by before the next subject is studied under the microscope.

In the case of the Euro, Portugal seems to be the next area of focus, who unlike Ireland, isn't suffering as a result of bailing out their biggest banks. Exports are key for Portugal, and recovering from that kind of activity takes time.
We learned from the Greek crisis that, when it comes to price action things like to whipsaw around. As one official says something, quickly countered by another, traders react in vicious ways. Listening to these events unfold intraday is of course essential. Rumors and hearsay drive short term price movements and nimbleness is key.

Short term, we have quite a large weekend gap resting on EUR/USD down to the 1.3670's thus any immediate shorts would likely target that area. To the upside, we have a huge zone of price action that typically poses a great deal of pressure.

Our “inverted pennant” structure was completed in a pass of the 1.3575 area and we are now battling its base on a retracement. The high 1.3850's to 1.3870's (50% of last wave + major local support zone) represents the next major hurdle before we enter deep into the range and our “3/4 Pull” mark at the 76.4-78.6% retracement (for any topping structures). In terms of diagonal trendlines, they, too, exist to the upside and certainly pose a threat with all of this short term risk piling on. Yet again we warn that the impact of these bailout events haven't been nearly as strong as they have in the past.

In terms of any housekeeping topics, our technically astute friends are still on the FX-Stream.com job. For those new to the site, it will consist of live trading sessions geared towards a technical crowd. No doubt that recent pauses have slowed momentum but everyone is back on the job and working towards launch.

Thank you again for your patience during our recent leave of absence and we encourage you to stay tuned for regular updates. 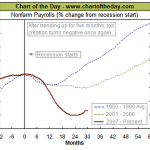