The euro and pound have been dropping steadily over the past 20 hours on speculation of dramatic cuts in interest rates. Both are expected to announce cuts at around noon GMT today (7:00am EST – BOE 7:45am EST – ECB), with varying degrees of severity. The expectation on both is for a drop of 50bps, with the BoE announcing the possibility of a much deeper cut.

Based on the news that gets announced, we have a couple of possibilities. If the cut calls for more than just 50 bps, we are likely to see the pairs drop even further. From what’s being published across the world tonight, it’s a very good possibility at this point. If the cut comes in as expected, historically, we have seen little reaction, to a possible up-move driven by the equity markets increasing on a rate cut and currencies following along.

At 14:30GMT we have the ECB press conference, and this is where we usually see some bigger price moves of the number comes in as expected. Trechet has been notorious for ‘saying the wrong thing’ in regards to supporting the euro in the recent past, and comments in relation to growth and consumer spending are what usually does it.

World equity markets are falling lower, with the SPX taking one of the steepest falls it has seen in over a week. The change in interest rate from the UK and eurozone could lift the equity markets today, or lean into consolidation. I’m still leaning higher on the dollar, again keeping with the trend, but if we get an expected rate cut then upside potential on EUR, GBP is there. As I write, all of these pairs are quite oversold without a serious correction. GBP remains the most vulnerable to downside risk at this point.

Selling pullbacks on GBP/USD, and EUR/USD prior to today’s announcement, buying USD/CHF. Upside pressure likely early on. There will probably be a correction of today’s downfall, but selling pressure likely to take precedence, but not until later. Announcement will dictate moves for the rest of the day. Looking for downside breakouts of 1.2795 on EUR and 1.5750 on GBP – not looking to fade immediately based on fundamental backdrop, though if pairs start to bounce might be worth a shot, being quick to reverse the position on any clear breaks. Major trendlines are still intact on both EUR and GBP (4hr). Look for violations of these around major horizontal resistance areas for longs. I don’t buy breakouts based on diagonal trendlines alone……most times this will fail. I need a good resistance area busted as well in order to tempt me. 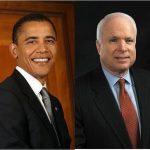 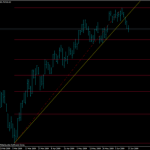