A good friend of mine called me over the weekend and explained that he wanted to start trading, and was looking for some basic advice. In our relatively brief conversation, I covered several major topics, so I thought I would share them here. I could have talked to him for days about the thousands of ideas and issues we cover here on a regular basis, but I instinctively selected the below items, I assume, because I view them as the most relevant. I’ve either appropriately or inappropriately entitled this article “My Top 5” because these are the items which flowed most naturally when asked for advice. In the order in which I spoke, here they are:

1. Learn to be a Position Trader

The first thing I told him was to learn to be a position trader (leaving positions open for several days to weeks/months). I told him that by doing this, he learns two absolutely essential things: to control his risk, and focus on the information that really matters in the currency market. If you learn those things, I said, trading on an intraday basis becomes much, much easier. If you have a good handle of the macroeconomic environment, and what’s truly driving investor sentiment, intraday scalps will cause you very little worry. Nothing gives you more confidence than your ability to score 500 pips on a single trade.

Counter to this, I told him that one of the biggest makes people make when they first start out trading is that they focus on miniscule moves of several ticks at a time which usually develop into massive losses. They become ‘hard-wired’ to this particular way of trading, and it usually ends up devastating them in the end. I said “They don’t understand what’s really moving the market or the value in basic fundamental analysis. It trains them to use ridiculous leverage when what they should really be doing is first learning to trade profitably then raising more capital to trade with profitably, instead of trying to turn 10k into 10mm. People, you will find, are very willing to give you their money if you’re making 20% a year after fees. Trust me. It comes. Billionaires don’t become billionaires because they ‘organically’ took 10k and turned it into a billion. Other people’s money always comes along the way.”

The second thing I told him was to make a list of rules and stick to them. This is basic, and you hear it all the time, but I have a slightly different interpretation of the relevance of this, I believe. If things don’t line up, simply don’t trade. Your planned trades are the ones that always bring in the bigger money. Patience, and waiting for the right ones, are key, as we’ve discussed many times. And when that magical moment arrives where all conditions line up and the perfect entry is staring you in the face, by all means take it. Eventually, they come. Eventually being the key word, here. Staring at a chart and saying “I should have taken that one” or “I can’t believe I missed that” will get you nowhere. You didn’t get in for a reason. There are just as many times I could have stared at a chart and seen winners I should have taken versus trades that would have turned into losers. Not to mention any of the money management disasters which could have occurred along the path.

Most traders, especially in the retail environment, don’t have a written plan. I’ve found the most valuable thing that has come out of my writing a trading plan is not just the plan itself but the realization of all of the things that go into making a trade. Trading is a complex process. There are just as many short term implications which need to be taken into account as there are longer term. Risk management, selection of the right pivot levels, investor sentiment, capital flows, profit management, etc., are just the beginning of a long list of topics that go into hitting “buy” or “sell”. Writing a plan usually opens up the eyes of any trader and makes him or her realize all of the implications of what it is they’re really doing. Sitting down at the computer and executing an order doesn’t make you a trader. My one year old nephew could do that. It’s everything else that really matters.

“Anything can happen, at any point in time”, I told my friend. Particularly in volatile environments, things can turn dramatically in the blink of an eye, so it’s important to visualize all possible outcomes of what could happen next. Becoming too rigid, or stuck to an idea which is clearly fading away tends to paralyze a trader and force a lack of reality on their actual trading.

Charts are merely a visual output of all of the thousands of factors combined in a given instrument. Visualizing different variations of price action is important for any trade, as it removes any of the “shock value” when things don’t play out in the exact manner you visualized. It keeps you flexible, nimble, and able to react to a variety of different conditions.

Most traders “see” price doing once certain thing when they take a trade, and block out all of the other possibilities. I’m a very visual person in general, which could be a reason I find it easy to identify key areas sometimes. But most importantly, I force myself to visualize all possible scenarios of what future price could look like. And I’m not just referring to price moving higher or lower. It can move sideways, a little higher, then lower, than higher again, consolidate for a little bit, then spike up, and then spike down, etc. The list is endless, but at the end of the day I’m simply keeping an open mind of major possibilities which could result due to any number of different factors.

4. The Most Obvious Thing To Do

This week I signed up to CNBC’s Million Dollar Portfolio Challenge; I figured it wouldn’t hurt to try it out. The worst that could happen is that I don’t actually make a half a million dollars and get 10 free hours on a private jet. So I immediately bought 4 ETFs and allocated 100% of my available cash to them: SH (Short S&P 500), DOG (Short Dow 30), PSQ (Short QQQ) and DRR (double short EUR). This isn’t a lesson is horrendous disregard for portfolio diversification (needless to say I was was swinging for the fence here on fake money) or to pat me on the back for calling the right shots here (though I’ll admit my portfolio is on steroids right now) as much as it is a blatant realization of what’s going on out there, and how important it is to always remain on the right side of the most obvious conditions.

In my daily overview of the market and planning process, I keep in mind one thing that seems to keep me alive: “What’s the easiest thing to do here, what makes the most sense, and don’t forget, Steve, if you go against it you’re at a much greater risk of taking a loss”. Simple. Keeping with this trend has been the easiest shot throughout, and as the bad news pours on day over day, its no wonder the stock market is tanking and bringing everything along with it. Always keep the big picture in mind, and never forget it.

Also, on an intraday basis, some trades are so obvious, so clear, it seems you would be foolish not to take them. But you don’t, whether it be a fear of drawdown due to overleveraged or any other number of different factors. Be smart, control yourself and take the obvious ones when they’re there. The agony of not taking a trade you plainly should have can be a lot more painful than taking an actual loss.

The final thing I told him was that, if you, by any chance, get on a losing streak, stop trading altogether, take some time off so you can go back in and think clearly. Losers tend to lead to more losers, and I like to think of it as a virus. It just keeps on growing unless you give yourself some rest and medicine to knock it out. A winning streak can do the same to you. There have been many times in my career where I have simply stopped trading for a few days or weeks just to get my head cleared out of any emotional nonsense which is blocking my way to success. It happens to all traders at one point or another, and many, I know, usually end up calling it quits for at least a few days.

A big mistake many traders make is that they keep on plugging away, causing them to force trades, or take those that they wouldn’t normally take if they were in the right frame of mind. The best trades I have ever taken have come when I am calm, cool, and have a clear head. The worst trades I have taken have always followed previous losers that just didn’t work out as planned. This pattern is more predictable than anything I know of. I’m very cautious to get caught up in it.

Steve W.
Since 2008, ParaCurve (formerly NBT) has been a provider of a wide range of articles geared towards a common sense approach to trading using fundamental market analysis in conjunction with globally identifiable technical levels. Steve is a 17 year trader, having formerly worked as a sell and buy side global macro analyst for several of the largest financial institutions in the world. You can follow us on Twitter or Facebook. Series and support at FXS Analytics.
Showing 26 comments 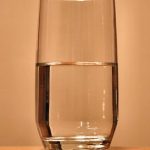