Tomorrow is election day here in the US, and there has been a wide range of skepticism in terms of what to expect out of the markets. I’m playing less in line with the actual election affecting the markets as I am with existing themes. Geopolitical impacts on markets are always obviously a factor, though in the manner in which recent events have transpired, I’m leaning less towards any “shock” value coming for tomorrow. The US Manufacturing PMI came in worse than expected today, and the EU is hinting more and more about the eurozone sinking deeper towards its first recession since the currency debuted in 1999. Themes are still intact.

As noted in my last commentary, GBP and EUR interest rate cut speculation is going to weigh in heavy on the pairs, as we’ve been seeing in the past two trading days. Australia has now knocked 75bps off of its overnight cash rate, more than expected, and once again planting the notion of further cuts from other areas of the globe to be expected on the horizon. Spending is poor and recent data isn’t propping much of anything up these days.

Risk-related pairs have been dropping steadily as well, though driven mainly by their base currencies today, and not JPY. Even on such bad PMI data being released, the SPX was able to close just about flat for the day and the pair has remained rather well afloat despite the news. Tonight, the Nikkei is strong and propping up world index futures for the time being, though I’m not expecting it to last. This could set a trend for higher equities today, but we are treading on fragile ground. Downside is still very vulnerable, and I would be much more inclined to sell any rally as it fatigues. Regardless, it’s a strong move we are seeing out of Asia tonight, and I’m watching other equity markets closely for any more follow through.

The dollar index bounced right off of 85.00 resistance turned support today and is heading back to where it started. Next major target is approximately 90.70.

In keeping with the trend, still looking to buy USD, with the exception of playing countertrend bounces. Again this equity rally could have us selling the dollar temporarily but hopefully only into more attractive levels for buys. I suspect we will get a good sized correction tonight (USD selling) into tomorrow if equities stay strong, but still feeling safer buying later on today and into tomorrow. UJ is the only pair I am skeptical to buy at this point, as its related to risk, unless it is willing to break highs at app. 99.70. I think if funds were truly dropping risk rapidly, as we’ve seen in the immediate past, UJ would have dropped far more than just the 100+ pips it did today. Keeping a close eye on it; using it as a meter. 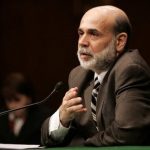 Anyone Familiar With the USD Carry Trade?Forex and Futures Commentary 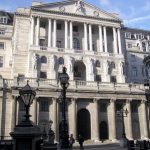