Nowadays, if you say “please”, chances are someone will give you $150 billion dollars.

World indices are showing sluggish gains tonight but not expecting it to last, or with huge strength. Economics are still bad but creating money and pumping it into commercial/investment banks has been the world government fad and everyone is getting in on it.

Not going into who and what because there are simply way too many to put in here tonight; its all over the world news. Investors showing modest confidence in all of these moves, but again: the numbers. We’re lagging in terms of economic data and until we start seeing more monthly figures coming in and showing how bad things are, we’re likely to be cyclical in nature. Lots of earnings being released this week so we could see that having an impact on various markets. Seeing modest gains in Asia, Europe, UK and Australian equity markets with downside risk still looming. Regardless, yesterday’s upclose has been noted by many but there is definite lack of demand out there. Energy has been driving much of this, with OPEC speculation we were talking about yesterday leading any demand that’s been hanging around.

EUR rate cut speculation still very much prevalent, and been noted in recent continued selloffs.
Dollar demand is still high though we are seeing eased spreads and increased liquidity/borrowing in money markets.
Volatility has slowed significantly compared to last week (about 1/3).

Dollar index breaking into new highs today with our first long target (84.25) almost met. At this point, looking for further acceleration towards 85.20, though don’t believe it will be as strong of a move as we have been used to.
Crude Oil got the bump we were looking for yesterday with currency correlations still off. Looking for a break of 76.80 upside for further movement, but for now, sluggish in its approach, and could be viewed as further sells into the low 80’s. Its only moving on speculation (does it ever move on anything else?).

Gold drifting lower tonight as the dollar gets stronger; diagonal trend line breaking on monthly charts could accelerate selling into the 600’s in the days/weeks to come. Not expecting gold to rebound with any kind of force for the time being so long as dollar buying continues, and looking to these lower targets, though other commodities could play a part in keeping it consolidated more than anything else – two big forces playing tug of war on it. Low 823’s is resistance.

Sells are still safer, and will come faster, on EUR, GBP, AUD, etc, though buys are not off the cards. USD/JPY I think will see more buying than selling pressure this week in general due to the tie to equity markets and the energy situation……keeping ears open for that. Yesterday’s selloff was sparked by dollar demand, as usual, not conditions coming from abroad. We’re overall in a very rangebound environment, and I’m looking to sell breakouts of very local lows if bigger pullbacks don’t come along. 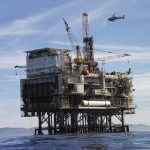 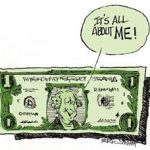 USD Has a Pretty Good WeekForex and Futures Commentary