For those of you who don’t know anything about Dennis Gartman, he’s been writing “The Gartman Letter” since 1986. It’s a newsletter that is widely-subscribed to by banks and fund managers all over the world. He’s frequently on Bloomberg. From his website:
“The Gartman Letter is a daily commentary on the global capital markets subscribed to by leading banks, broking firms, hedge funds, mutual funds, energy and grain trading companies around the world. The Letter each day deals with political, economic and technical circumstances from both a long and short term perspective…..” Source: http://www.thegartmanletter.com/

I stumbled across his 22 rules of trading tonight and found them a little interesting and thought they would be good to post, so here they are. I also couldn't help but notice that many of these rules have been widely discussed by us already through our talks. Confirmation is always a good thing:

1. Never, under any circumstance add to a losing position…. ever! Nothing more need be said; to do otherwise will eventually and absolutely lead to ruin!

2. Trade like a mercenary guerrilla. We must fight on the winning side and be willing to change sides readily when one side has gained the upper hand.

3. Capital comes in two varieties: Mental and that which is in your pocket or account. Of the two types of capital, the mental is the more important and expensive of the two. Holding to losing positions costs measurable sums of actual capital, but it costs immeasurable sums of mental capital.

4. The objective is not to buy low and sell high, but to buy high and to sell higher. We can never know what price is “low.” Nor can we know what price is “high.” Always remember that sugar once fell from $1.25/lb to 2 cent/lb and seemed “cheap” many times along the way.

6. “Markets can remain illogical longer than you or I can remain solvent,” according to our good friend, Dr. A. Gary Shilling. Illogic often reigns and markets are enormously inefficient despite what the academics believe.

8. Try to trade the first day of a gap, for gaps usually indicate violent new action. We have come to respect “gaps” in our nearly thirty years of watching markets; when they happen (especially in stocks) they are usually very important.

9. Trading runs in cycles: some good; most bad. Trade large and aggressively when trading well; trade small and modestly when trading poorly. In “good times,” even errors are profitable; in “bad times” even the most well researched trades go awry. This is the nature of trading; accept it.

11. Respect “outside reversals” after extended bull or bear runs. Reversal days on the charts signal the final exhaustion of the bullish or bearish forces that drove the market previously. Respect them, and respect even more “weekly” and “monthly,” reversals.

13. Respect and embrace the very normal 50-62% retracements that take prices back to major trends. If a trade is missed, wait patiently for the market to retrace. Far more often than not, retracements happen… just as we are about to give up hope that they shall not.

15. Establish initial positions on strength in bull markets and on weakness in bear markets. The first “addition” should also be added on strength as the market shows the trend to be working. Henceforth, subsequent additions are to be added on retracements.

16. Bear markets are more violent than are bull markets and so also are their retracements.

17. Be patient with winning trades; be enormously impatient with losing trades. Remember it is quite possible to make large sums trading/investing if we are “right” only 30% of the time, as long as our losses are small and our profits are large.

18. The market is the sum total of the wisdom … and the ignorance…of all of those who deal in it; and we dare not argue with the market's wisdom. If we learn nothing more than this we've learned much indeed.

20. The hard trade is the right trade: If it is easy to sell, don't; and if it is easy to buy, don't. Do the trade that is hard to do and that which the crowd finds objectionable. Peter Steidelmeyer taught us this twenty five years ago and it holds truer now than then.

21. There is never one cockroach! This is the “winning” new rule submitted by our friend, Tom Powell.

22. All rules are meant to be broken: The trick is knowing when… and how infrequently this rule may be invoked! 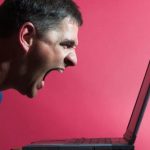