I mentioned yesterday that because there was so much written about this already, I preferred not to waste my breath, thus found a piece I could basically nod my head to and agree. This one comes via Marc Chandler at Brown Brothers. The only thing he doesn't discuss here is price action, which I expect to really do nothing more than the non-event whipsaw. The market is keeping it's ears to the wires regarding any shock statements that might imply further easing, but as Marc points out, the urgency simply is not here in the U.S. as it is in Europe. Again my biggest concern is the U.S. acting in concert with Europe, which is lower on the probability scale.

“The FOMC's 2-day meeting begins today, with a decision tomorrow around 2:15 pm EST. While the disappointing data in recent weeks raise the prospect of action by the Federal Reserve, most investors appear to be expecting a tweak in the statement to recognize the down shift in the economy and the forward looking guidance, with an action more likely in September than August.

The market has been adjusting expectations for Fed policy since at least the disappointing June jobs data reported in early July. Since then the implied yield on the Dec 2012 and Dec 2013 eurodollar futures contract have fallen 15 bp (to about 35.5 bp and 43 bp respectively). The implied yield on the Dec 2014 contract has fallen to 18.5 bp to 59.5 bp. The Fed funds futures contract do not imply an average effective Fed funds rate above 20 bp until Aug 2014.

We suspect that when everything is said and done, little from Bernanke's views expressed to Congress in the middle of July. On July 17, the Federal Reserve Chairman told the Senate, “We haven't really come to a specific choice at this point, but we are looking for ways to address the weakness in the economy should more action be needed to promote a sustained recovery in the labor market”.

Even if the economy picks up a little from the Q2 1.5% pace, perhaps helped by 2 consecutive quarters of more than 3% rise in disposable income, the pace is unlikely to be sufficient to accelerate the improvement in the labor market. While we disagree with those who think that Fed has run out of arrows in its quiver, with interest rates of both so-called risk-free assets like Treasuries to riskier assets, like corporate bonds and mortgages are at or near record lows, the economic challenges the US faces do not appear amenable to additional monetary stimulus. We had been sympathetic to arguments to lower the interest rate on excess reserves (IOER).

We did not think economic actors ought to be paid for behavior that they would do any way. However, we suspect there is not much appetite for it at the FOMC. Although Bernanke included it among his perfunctory list of potential actions, we doubt that the situation has changed significantly since he noted to Congress in February that cut the IOER could drive investors from the money markets.

Since then the ECB has cut its deposit rate to zero and there have been some dislocations caused by this. The Fed would not need to cut the IOER to zero, it could simply bring it to the effective Fed funds rate, most recently 14 bp (100-day moving average is 15 bp).

We are also intrigued by Bernanke's suggestion of using the discount window facility to help boost lending. However, unlike in most of the euro area, bank lending is growing, albeit slowly, in the US. This does not seem to be as urgent as it is in Europe. In any event, more work seems to be needed at the Federal Reserve to devise such a facility.

The advantage of the September meeting is that 1) the Fed would have another two monthly employment reports and more economic data in general, 2) it may have greater insight into what European officials will do, and this could effect a headwind to the US economy that Fed officials have recognized, and 3) it provide more time to ‘devise new tools'.

Given the proximity and importance of the ECB meeting on Thurs and then national employment report on Friday, look for short-term volatility after the FOMC statement, but barring a significant surprise, most will keep with powder dry pending the other event risks.”

Forex and Futures Commentary, US Macro 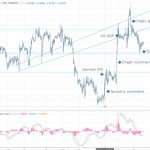 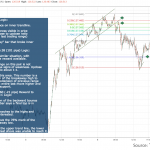