Deja vu. At first, all seemed rosy, with the pro-bail-out party (New Democracy) winning Greece's general election, and then the focus shifted once again on Italy and Spain, with bond yields hitting gasping highs of 6.173% and 7.285% respectively.

Cordially, EUR/USD sold off once again, filling the gap caused by an off-the-cuff optimistic view of the New Democracy's acceptance of the Greek bailout and tandem austerity measures.  Volatility was expected today, and volatility we received.  While the change in daily performance isn't too drastic, the intra-day swings certainly were, leaving us resting once again in supply line territory.

Yet again the London fix slowed down price, as we rest in a minor retracement with few buyers lining up. So it's down we go, until signs of clarity present themselves and stave off paranoid investors. In the meantime, the market seems to be essentially pricing in what is perceived as more bad news coming in the weeks ahead.

Yields are doing nothing but proving the need for further extreme and drastic measure. Despite any election results from Greece, not much has changed in the minds of investors other than the fact that “things could be possibly a little better” as this party is generally more geared towards working with the ECB to arrive at a logical means of exit from the country's prevailing woes (and good luck with that). But again, exit and / or a limited breakup of the Eurozone hasn't left the minds of many, and I am not in the camp believing that we have priced that in as a serious possibility by any means (not even close).

In terms of techs, EUR/USD's highs corresponded almost exactly with the 38% retracement of the last leg, and we are once again resting on this lower, inner trendline. As far as pullbacks are concerned, I wouldn't expect too much today as we're still in the “heat of the moment”.1.2600 and the high 1.2620's are all I have right now for downward pivots, but that could change.

Stops are placed sub 2540. No further info at this point but I'll update the “Minutes” section with fresh supply when it arrives. 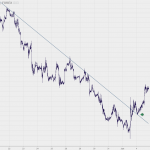 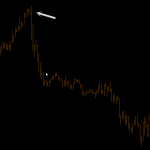