The reasons for anyone to want to trade a breakout of a major resistance or support zone are obvious, but for any trade of such to be taken right at the level is downright harsh. I am sure that more people regret trying to buy or sell into these levels as opposed to actually fading them.

Over the past week it has been a non-stop tale of trading momentum across more than a few currencies; the market has shifted into an ultra-aggressive mode and anyone that sits and watches ticks all day can clearly see that it has been a game of bid, bid, bid. For every seller there has been double the amount of buyers.

I've seen that few forex traders are ready for this kind of momentum though. There are more than a few techniques I use to see when price is about to make a short-term bottom from a price perspective, but they have not earned much of a discussion here. Today we'll just look at the most basic form of momentum trading, and using nothing but price in the immediate area to determine follow-through. In later articles we can discuss more advanced techniques, but for now, I'll keep it on the simple side.

The Breakout That “No One” Notices

Why do people ignore breakouts on smaller levels? Because they're not a big deal. And that's exactly the reason you should be buying and selling into them as opposed to the major ones.

Again: Countertrend risk increases at these major areas. I do understand the complex though. You get burnt trying to nail something “to the pip” or whatever, so you shift gears and say “I'm just going to play direction”. But playing direction requires just as much strategy as something which does not.

The smaller levels go under the radar, get hidden in a mess of sloppy trading by those who are not sitting in front of their desk, concentrated and working arduously all day long. It is either this, or they trade simply from a more macro perspective – longer-term positions, triggered by execution tucked in other spots that have not yet seen price trade through.

I post charts here showing more than a few of these from time to time. I'm talking about small diagonal trendlines or other swing indications that dealing desks or professional intraday traders are looking at but many people skip right on by. These are the most basic forms of trading; I am not expecting to “woo” the crowd today, but rather simply prove a point.

For the ultimate sake of simplicity, think of it in relation to time. If it is part of the macro trend and took days to develop, you're looking at a major level. If it's intraday, you're talking minor. Simple. Whether horizontal or diagonal, this principle is the same. Longer-term traders are noting a massive diagonal trend line just as much as they are anything horizontal.

Everything I'm discussing in terms of smaller levels can be seen on a 5 or 1 minute chart. These positions, like anything else, are going to require some intraday patience. So take it up the 5 min if you're the paranoid type.

On this chart, note that I'm marking up clear, obvious trendlines, and also the more relevant in terms of good execution timing (eg the steepest trendline available). Refer back to my article about diagonal trendlines and skip down to the section about fanning. The general rule of thumb: the steeper it is, the more likely it is to break.

One of the reasons most people miss major moves is because they can't get past the first few minutes of the trade. I still listen to music every day while I'm trading to basically help “take the worry away”. Anyone that has met me knows that I've got a lot of nerves, and that doesn't translate well into nitty gritty execution.

So let's break this down into simple pieces here. I'm zooming in on one of the lines in the chart above, and we're drilling down into a 1 minute timeframe. I'm showing 2 examples here, the first of which I had a had in yesterday and “got me in” for the rest of the session.

I like these two examples because of one reason: one is clear and quick, and the other is more of a mess and sluggish. But both have 2 big things in common:

1. A range is created with several major highs more clearly visible from a 5 min timeframe. I'll usually wait until this occurs in order get better timing on the parabolic move itself. 2 or 3 is typically the number to beat. There are of course times where all you get is some minor slowdown before it takes off again, but they simply aren't as common.

2. Off the final significant high, price gets directional and shows what it's made of. Any order flows countering this move are stepping aside and persistent bidding takes over.

I can guarantee you that these will all look different. Price is going to look “scraggly” when you're poking at it on such a small timeframe. It is a matter of getting used to abnormalities.

If you're having confidence issues, think in terms of indicators. Pretty much any properly implemented exponential indicator on a short-term timeframe will give you a “signal” to go long or short should your other conditions be met. You are not relying fully on the indicator. You are relying on underlying price action. The indicator is just there to give you courage to enter the trade and get on in.

And forget about everything else that has to do with the indicator. Don't let it be a factor in making illogical decisions. It is there for courage of entry alone.

I have stated it around here from time to time but probably not enough: I have nothing against the use of any indicator; if it works for you then that is ultimately all that matters. I know plenty of people that essentially trade “price action” as a strategy itself but still utilize an indicator (usually no more than 1) as their means of filling the passenger seat.

Below is chart with a simple CCI attached. When you've made highs 2 or 3 times and subsequently end up crossing zero, you're in for the ride.

Again, it's an issue with courage and brains, not a crutch, I am trying to address here with with this. The most logical explanation is typically the right one. This could be helpful in just basically “pushing you” to move forward should doubts be clouding your judgement.

And PS – I don't use this so I can't provide you with any specifics about it. I literally just grabbed it and threw it on the chart to prove a point. Indicators like this simply track price, then deviate (and present patterns themselves). Again, I'm just telling you this in hopes that it might boost your confidence a bit if you're having issues in the final stage of execution when viewing price action in this manner.

The patterns you see here vary, and they're going to be massive in terms of numbers. While I like to keep things simple here, no point in any chart looks the same. If I were to post an image of everythign I come across not only would it be overload but just a a complete deviation from the ultimate point here.

Macro themes present themselves. Watching constant bidding like that which we saw on Friday is truly is your best indication of where price is headed next. There are many patterns that price exhibits on a regular basis. Get used to them and know your market. Make sure you are religiously “zooming out” to see the bigger picture.

The next article I'm working on is heavy-centric on order flows. I know some of you have been sitting and waiting for it but just so you know, it's underway. 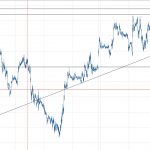 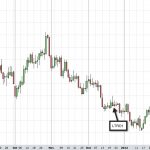