Rating agencies undoubtedly have one of the most sadistic jobs in this business: when something is bad, they kick that thing in the face and pummel it to make it horribly worse. Today, the most hated rating agency on the planet, Standard and Poor's (source: all earthlings) proclaimed that the European “stability” facility (EFSF) was not so stable, and downgraded it by one notch to AA+.

But before we get excited, as shocking as today's event might seem, really is not, as S&P has noted in the past that several of these European nations could cost the EFSF its top tier rating.

Friday's S&P temper tantrum resulted in the downgrading of 8 major European countries. Considering their verbiage during the last time they spoke about the issue, Friday's result was actually better than expected for France, as rhetoric implied a potential two notch downgrade for the now furious government.

In addition to all of this, Moritz Kraemer, head of EMEA sovereign ratings for S&P made the television circuit today and in one sentence stated the gloom of all gloom: “Greece will default shortly“. Happy 2012, everyone. XOXO, S&P.

EUR/USD opened lower yesterday but quickly filled the gap as the expectation for this occurrence was essentially already priced in. It's 2012, and the currency market is still very unhappy with the Euro as a whole. Relative to the past, however, things from the perspective of price could be considerably worse, but not by much. Recession lows are now less than 800 pips away in EUR/USD.

Today we present yet another update on ratings. As a reminder: anything under BBB- is considered junk, of which only one nation in this entire list has such status. So when you look it that way, life isn't so miserable. 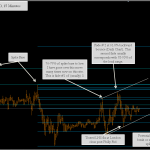 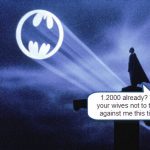 The SNB Is Getting Closer to Using the Bat Signal – EUR/CHF Back in the 1.2000’sPrice Action Trading Strategy