For EUR/USD to shoot up over 3 handles in a trading day isn't just any kind of normal coincidence….here's the gist:

This chart overlays the now-dead Greek CDS over EUR/USD for the past year and a half, approximately, ending in June. Aside from interest rate differential speculation, the anti-correlation between these two is about as clear as any I have ever seen. You can see every injection of fear and hope get reflected in swings of highs and lows, turning in tandem with one another ever since the words “Greek Debt Crisis” were ever muttered.

Last week the general public got introduced, via mainstream journalism hype, to another term with which they were probably not familiar: haircuts. Last night's press conference outlined a string of thoughts concerning the 50% haircut on Greek sovereign debt to private creditors (actualized to be approximately 28% via this analysis). When bond traders sat down at their desks this morning, selling ensued, and the Euro was bought. Speculation over further haircuts are sinking yields and thus the anti-correlation remains intact to a great degree.

So forget your “hopes and dreams” concerning any standard bailout rhetoric, this one is shooting on a sticky combination via the value and collateral of Greek sovereign debt. Below is a chart of Greek 10 years (and I'm showing the 10 just to show how even “far out” any of this even is) leading up to yesterday, which closed at 25.32. We're down 7.81% on these today.

And then EUR/USD, which continues its anabolic steroid binge:

This kind of volatility has zero to do with evidence of a “slowly improving economy”.  One glance at the headline today and the light bulbs went on and looking at Greek yields would have shown you that this wouldn't have been for the faint of heart.  Even if you're not a bond expert the mere death over Greek CDS is enough of a catalyst to send this pair off like a rocket.  Greece aside, other yields and relevant spreads (ie Italy / German 10 year http://www.bloomberg.com/quote/!ITAGER10:IND) declined across the board. In terms of the sustainability of this move, stuff like this is not simply hard to kill…..we're waiting for the next bombs to be dropped. 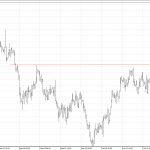 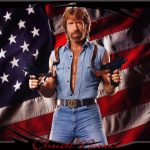