Following the release of ADP on Wednesday I was groaning on Twitter about this lack of reliability in terms of this report, and how it is really no better than just a consensus estimate. ADP has gained enough traction to the point where it, without any doubt, rattles the market.

Wednesday's numbers, among other things, sank USD/JPY by about 40 pips within 4 minutes. Jump back to January and it caused an 80 pip spike in the pair in about 5 minutes and didn't top out until it hit 140. So people obviously listen when the wide deviations occur.

For the noobs, one thing to remember about ADP is that it is only indicative of private payrolls. Non-farm payrolls consist of 2 primaries:

1. The headline number, which everyone typically hones in on…this number includes all payrolls mentioned, public and private.

2. Private payrolls, which is just that….what ADP is essentially supposed to “forecast” in the minds of many

Barry over at the The Big Picture wrote a post a few months back discussing the relationship between these two numbers (ADP versus just general consensus estimates) and delved into their true indicative value. When you are done here I suggest you head over and give it a read / take a look at his graphs.

The latest numbers for today (just revised yesterday following ADP and jobless claims) show a consensus estimate of 170,000 for the headline, 180,000 for privates.

You can see the details below:

Traders love the hype surrounding non-farm days for the mere fact that they tend to ring in the volatility. But compared to other events recent times have shown that they don't rock the markets as much as they used to.

Consider recent days where EUR/USD shoots 300 pips lower in a session, driven by yet more fears over Greece (spearheaded by government-official rhetoric), or 300 pips higher due to positive debt auctions by struggling nations under a heavy microscope. Trading non-farm payrolls has in many cases, turned into a sucker draw for many developing traders.   Anticipation is widely there, thus, so are players ready to capitalize on the more simple-minded. Retractions from immediate spikes have been much fiercer than in my past trading days, taking back the cash of those trying to chase the release.

Right now the market is set to wreak havoc on the dollar in the event of any bad data.  USD/JPY is resting above an area that is a cluster-zone of techs that usually mean a steady decline.  Anything below 80.50 could mean some mean sellers coming in bucking the still-open gap caused by the coordinated intervention.  EUR/USD has teetered today at rejections from the 1.4500 handle.  Anything above 1.4520 could mean some follow-through to the next level of the pyramid.

Of course, the opposite could occur, and we see some retraction/reversal of the short-term trend in which we rest.  Note that the range of estimates was appx. 90,000 – 210,000, and the consensus remains 165,000 – 170,000, the higher end of that spectrum. We have some decent levels to be used as guides in either case, watch the immediate retractions and be weary of any unwanted hype. Trade safe, 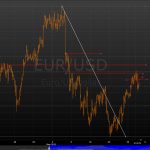 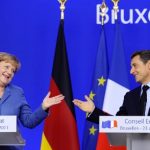