There are a lot of services out there, educational or otherwise, that need to be taken with a “grain of salt”.Trade recommendations, talks about strategy and how to trade, etc., flood this market and in all of the years I have been writing, I have only recommended one guy to help anyone along.Frustrating that this is the case?Yes, absolutely, because I can’t in good conscious recommend anything that isn’t helpful to the people that visit this site regularly.I think one of the reasons I have even decided to keep blogging and doing all of this web related content is out of this angst more than anything else, but that’s just me talking aloud here.

Last week I get a Skype message from an old friend of mine joking about some trading recommendations he just received though an unnamed service. They have been around for a while and their reputation is, well, let’s just say questionable.

Apparently it was some kind of breakout strategy they were going for. Price was in the middle of the two numbers they shot out, both of which were at support and resistance levels. Ready? Here they were:

So what went wrong? Everything. EUR shot down, executed the sell, got stopped out, then came up, executed the long, then got stopped out (In all fairness, the long went in the money by 28 pips before it came crashing down, but frankly, principle must be applied here). You had a rookie analysis that could have really stung if you weren’t careful. The “rookie” mistake was a very common one, and something I’ll go into more detail later on today at the web conference with Chris. Long story short (because I myself can’t stand teasers so I can’t imagine you liking them either), you had poor liquidity on massive spike trading, open gaps,

and they simply could be filled so they were.

Last week I wrote an article discussing “gaps” on EUR/USD.Luckily, one of our readers spoke up and told me there was a lack of understanding going on via comments so I can correct and provide a little more explanation.

So some homework before the conference today: read up on basic gaps and gap analysis. Just the vanilla stuff…no strategy please. I did a quick google search for a “flashpage” that covered the most common types of gaps (typically referenced in other markets) and came up with this page: http://stockcharts.com/help/doku.php?id=chart_school:chart_analysis:gaps_and_gap_analysi . It should do the trick for now. In FX, gaps are occurring all of the time though they’re not too visible to the untrained eye. We’ll go into a bit of discussion about recognition and trading.

I also took your suggestions from last week and came up with one other topic we’ll cover that can help aggregate some of the questions as well as tie into the gap concept, as well. Chris will do the rest. Here’s the link again if you missed it and hope to see you later on today: 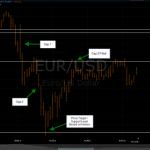 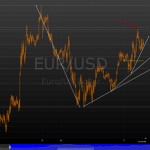