Consolidation is the result of indecision and lack of conviction of the consensus of traders across the globe. Cyclical patterns develop, which at one point or another, get busted.

I though I would write up a quick post to address some of the bigger issues I see traders struggling with in order to determine whether to fade a level or trade right into it.

In the 1-2-3 Breakout Pattern, we look for matching highs or lows with corresponding higher lows or lower highs, respectively. But many times, our breakout level isn’t so clean, and there is a support or resistance range that keeps on getting knocked into, and price fading.

For example, in the chart below, EUR/USD took a lot whacks at the top of this zone before eventually, it broke right through it.

When it comes to trading breakouts on ranges, in a nutshell, the following are the major ingredients I’m looking for:

You want to enter the position before the lowest level. The logic being here that should price decide to once again fade one of the higher levels, your position is protected from loss. If it’s going to break out, its going to break out. No sense in delaying the process or holding out on pips you could be making.

We want a forceful breakout, not one that dwindles around the level yet again; if we’re not getting one, then something is wrong. We want price to spike hard and fast, shooting right for the highs of this range and of course, breaking out of them. There has to be a clear, intentional violation of the range as a result of overwhelming bids or offers.

This concept carries with me in pretty much everything that I do. It’s the first thing I look at every day. I want to see which direction the cyclical market waves are leaning towards. To do this, just imagine a 1 period moving average running through price, and looking at the macro direction of the wave.

If price has already raced up to the level by a substantial amount, you’re likely to see profit taking along the way. This is going to slow down price and decrease the chances of gaining the momentum we are looking for. Therefore, you will oftentimes see a ‘mini fade’ right ahead of the level. Not only does this give you some adjustment ad decision time, but a better shot of a clean entry immediately before any type of breakout.

IF you follow the above and all conditions are met, you’ve got a good trade. If you sacrifice some of them or simply get overzealous, I think it’s rather obvious what could occur.

Entries should be taken ahead of the level getting hit, not after. If you’re entering after the fact, you’re chances of being able to split your trade to breakeven go down substantially, and you could end up risking more than you bargained for. When you see price approaching a level, watch it closely, and go for it, should all of your criteria line up.

Timing is key on these types of trades. Just as with a baseball or cricket player, the swing of the bat, if too early or too late, isn't going to put the ball on the intended course. The same could be said about these trades as well. Screentime and simple observation of numerous past breakouts can boost your confidence, however. Whenever I feel unsure of something, my first reaction is to simply look at past examples. Having them in my short term memory reinforces what I am doing in the ‘here and now'.

Stop losses shouldn’t need a lot of room on these trades, should you enter correctly. It’s either going to fade, or its going to breakout…..end of story. If you enter on spiking momentum right before the level gets hit, you shouldn’t be seeing much of any drawdown to speak of. Therefore, depending on the timeframe, relatively tight stops could be used when trading breakouts. Mine are typically in the 10-20 pip range on trades like these, and even at that, I can usually tell ahead of time if it’s going to fail or not.

Just as important to note with this or any strategy is that oftentimes traders get married to either a contrarian or trend following mentality. In other words, they are trying to fade all the time, or play breakouts all the time. Getting married to one of these mentalities I believe degrades your quality for entry selection over time, as you become more comfortable with selection criteria you are likely to sacrifice some of the needed ingredients for higher-probability setups. Forcing yourself to remain adaptable and clearly be able to distinguish the difference between level breakouts and level fades is as important as any other factor stated here. Be careful, and stay on your toes.

Assumptions on past, poor experiences

Overzealous trading kills accounts. If you don’t need to, or are simply unsure, don’t do anything at all. That’s probably the most basic, 101 risk management technique ever invented. But when the totally obvious no brainer crosses your path, spring for it, and don’t let it go.

Steve W.
Since 2008, ParaCurve (formerly NBT) has been a provider of a wide range of articles geared towards a common sense approach to trading using fundamental market analysis in conjunction with globally identifiable technical levels. Steve is a 17 year trader, having formerly worked as a sell and buy side global macro analyst for several of the largest financial institutions in the world. You can follow us on Twitter or Facebook. Series and support at FXS Analytics.
Showing 10 comments 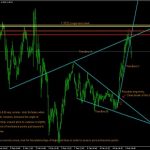