Our strategy as all about waiting until you see that perfect, most obvious sign staring you in the face to take action. Today I want to do a little post trade analysis to talk about a setup that happened on cable (GBP/USD) last night.
For anyone looking for more info in regards to safe entries on breakouts, this is a good example.

1.5241 was hit earlier in the day. It was a support area turned resistance. We saw a fade upward into the 1.5330 area, and a major selloff began at approximately 5:00am, EST following the release of the Bank of England inflation report.

Here’s what I was looking at: an hourly bar crashing into a support level hard and fast, essentially wiping out an entire range of consolidation. What took hours to build up took 1 hour to wipe out and it headed right back down to the bottom of the range. When this happens, don’t expect the level to hold, especially with that kind of range (100 pips appx) and on a pair notorious for excited market runs. I’ve said in one of my videos , when you see selling like that going on, just go for it. You’ve got a huge shot of being right. This one was a perfect example.

We scroll down to the 1 min chart. There was an initial fade off of this area after all of this selling (I begin to get excited) for about 25 pips, and then a thrust downwards, hard and fast. There’s your cue to get in short and ride this thing out for a little while. A sell stop right below the level would have even done it.

Most importantly, be on your toes and execute when the time comes. Money doesn’t pop into your account by you staring at charts.

You shouldn't be worried about something like this going against you too much, mainly because the next support level wasn’t for another 40 pips lower at 1.5200, which it managed to take out in a matter of minutes.

In terms of taking profits, you could have easily done so at the bottom of the channel which was made on the 1 or 4 hour chart, or rode it further expecting a more dynamic breakout. Usually, on that kind of selling, trendlines are likely to be broken.

Bottom line: Excited market, strength out of control and an hourly bar that takes out an entire consolidation range, get in short and ride it for the next few bars or more.

On a side note, today’s the 1 year mark of the inception of this “idea” called nobrainertrades. Thanks to all of the thousands of readers, support and comments made in the past year. Have fun out there and report back with major pips. Glad to be of service. 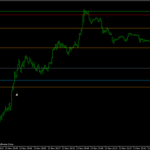 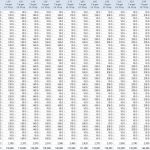