Today we had one of the largest ranges ever on the S&P index, and its affect on EUR/USD was an initial selloff, followed by a huge spike in price. For this trade, we took a short at the high of this trend, when price hit confluence of the major diagonal trendline and horizontal resistance.

Most of the questions I get surround knowing when its safe to fade, and when its not. For the other areas marked up on the chart, I hope to explain why they weren’t good areas to take shorts.

Marked up in orange in the chart below are possible price turning points when EUR was in its heavy uptrend. The most significant of these is marked in blue. Price started off where the “x” is on the chart.

1.2650 was a heavily watched number, for good reason. It was the lowest low on the last cluster of price before price finally broke through it. Here’s why we didn’t fade here, and instead could have bought into it instead:

This pattern is very, very common. Price will approach a low made in a previous wave, and bounce off it (short). Alternatively, buy stops always reside above these areas as well. If price doesn’t fade it, there’s a good chance its going to keep moving if it’s broken on the first approach. It happens all the time.

Important, something I stress all the time and where many traders go wrong: there is a good amount of time here for the area to get noticed and for stops to get accumulated. This won’t work as steadily on smaller timeframes because of the lack of time passing in between these areas. But this one has been sitting there for a couple of days, so there’s more than enough opportunity for traders to take attention. When I discuss this system with other traders they make this common mistake of trying to force trades when there has not been enough time passed. How much time is necessary for each trade varies, and can be discretionary…..I use the ‘reasonable person’ standard when it comes to this, and just use good judgment and common sense. We’re looking for ‘no brainer’ levels; if you have to think hard about it, chances are something is wrong.

Now we scroll down to a 1 min timeframe of the same chart. You can clearly see that in all instances of the key areas, price blasted through them quickly and without haste; especially our 1.2650 level. When that 1.2650 area became violated, it’s a very good sign that price has a ways to go before it starts to seriously fade. That indication alone tells us to take a back seat on any shorts for a moment and if you’re not long already, sit to the side. When you see this pattern, and price taking out a low like that, take it easy on shorts is the bottom line and wait for something really good. As I say chances are you’ve got a ton of buy stops above it, and, based on common sense and seeing momentum leading up to it alone, tells you to back off.

So up to the entry point. Price finally reached 1.2840, which was taken out by about 10 pips or so, because price was ‘reaching’ for the diagonal trendline in order to entice buyers. This happens all of the time, as well. You’ll see horizontal resistance (or support) surpassed slightly so that a diagonal trendline can get hit. There’s your queue to go short. Price had a massive run, and is ready to kneel down at a key area.

What about profit targets? A good initial target for this is 1.2665 area, which is visible from a 15 min chart. It’s the low created on the first retracement after price broke through 1.2650. Secondary target could be 1.2630 area, or the high in this last cluster. A shorter term trader could have used 1.2725, the first major high made on the way up.

For a stop loss, I tucked it above 1.2885, which is the ‘bottom of the bucket’ and former resistance, on the last leg up. A break of that area and I would be concerned. I could also consider 1.2925, though unlikely as my risk:reward becomes skewed, and at that point, I’m already down over 70 pips. Not worth it. Better to start off new.

Steve W.
Since 2008, ParaCurve (formerly NBT) has been a provider of a wide range of articles geared towards a common sense approach to trading using fundamental market analysis in conjunction with globally identifiable technical levels. Steve is a 17 year trader, having formerly worked as a sell and buy side global macro analyst for several of the largest financial institutions in the world. You can follow us on Twitter or Facebook. Series and support at FXS Analytics.
Showing 24 comments 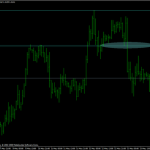