My day always begins with me opening my charts and doing a basic analysis of possible market turning points. My most highly probable levels get a limit order placed on them, which I am quick to adjust or cancel if market conditions seem overheated or otherwise fundamentally wrong. For all levels in the range of the current price which could possibly be hit in the next day, I mark them up and set price alerts about 15 pips away from each so I know when its time to trade. I mark up levels higher and lower than the current price, so I’m ready regardless of what direction the market decides to head.
Once I get my ideas drawn out on the charts I will usually write them down, outlining the main trades I intend to take during the session. When I’m done, it looks something like this:

By doing this exercise, I’m well-prepared for the upcoming session and any variables that might present themselves. I know what I’m going to do next, and its hard to miss a trade by following this plan.

Doing this eliminates the possibility of me “shooting from the hip” and taking trades that simply shouldn’t be taken. Every day something goes according to plan, and it’s a result of simply looking ahead and planning a wide range of high probability moves for the next day.

Lack of planning will leave you unorganized and scrambling throughout the session to find the next best thing, when you have already missed three of them earlier in the day. If you plan out a range of possibilities before the session, however, you’re sending in a soldier to do a soldier’s job as opposed to a boy scout.

The Board of Disaster

Maybe a little melodramatic in its name, but I have a board next to me that outlines my worst moments and trades gone wrong. If I make a error that leads me into a realm of disaster, I print out the chart, mark it up, and make sure it never happens again. Experience is key in trading, and through every mistake is value in the end. I don’t like making an error more than once. “Three strikes and you’re out” only works in baseball. Three strikes in trading can cost you dearly. Do it once, fine, but don’t ever do it again.

Taking trades when the market is ready is the correct thing to do. Taking trades when YOU are ready is the wrong thing to do. Wait, wait, wait for the setup and execute, no sooner, no later. Overtrading is the killer of all killers. When I’m bored, I’ll usually just plan the next run of potential trades or work on some side projects. If I have a session where I don’t make any trades, I walk away, and brush myself off, because I realize one important thing: it’s better to take a trade and make money than risk losing thousands because you were looking for something to do.

Anxiety is bad for a number of different scenarios:

Anxiety gets smoothed with experience and mostly nothing else. If you are inexperienced and have no anxiety I would be worried as well. It is natural to be a little fearful in the beginning but overall time heals the psychological aspects that prevent you from becoming more profitable. But even for experienced traders, anxiety can kick in hard if he or she posts a big loss or some other dramatic event takes place. Picking yourself up and moving onto the next set of trades is the only thing that will keep you moving forward.

It’s a rather over exhausted subject but nonetheless worth stressing day in and day out. Making the most of your rational thinking is perhaps one of the greatest necessities to making the most of your trading account. There is a fine line between realizing when you are wrong and when you are right while keeping the book open in terms of what could happen next. You need to be more than objective in your approach, while trading defensively in order to maintain profits. Using a fixed risk/reward ratio and proven trading system eliminates most of this, as long as it is followed and rules are obeyed 100%. 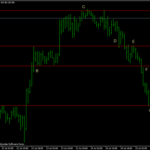