We have developed a basic technique for entering a trade at these key levels, taking into consideration two important things:

A compromise must be made between the two in order to ensure we get in when we need to, and receive the most profit from the trade. Support and resistance levels typically consist of a “range”. For example, on the EUR/USD chart below, there is a defined range of 10 pips which fits our criteria for entering a trade: 1.5305 – 1.5295. We are unsure as to exactly what price the market will turn, but very confident that it will be within this range.

Because the range is being used as support, we would want to use the higher level as our entry point (1.5805). We are confident about the level, so price should travel no further than 1.5295 before reversing. And as you can see, entering at the higher level paid off as price went no lower than 1.5302 before reversing. Make sure to leave enough breathing room for your stop loss so you are not stopped out of the trade in the event that price goes slightly higher.

In other instances, there will be more than one entry level within a closer proximity to one another. For example, there might be one area of resistance at 1.5795 – 1.5805 and yet another at 1.5820 – 1.5825. In a case such as this, you would want to identify the more probable entry level using methods previously described. If you are unsure, as it might happen, you have the possibility of entering the trade at the lower level with a smaller position size, and put on the rest of the trade on at the higher level. Scaling into positions like this isn’t an uncommon technique, and could be very helpful in times where more ambiguity exists.

Entering trades before your clearly defined level is generally not recommended. If you have spotted a clearly defined range, assume that others have, as well, and that price will hit those points before reversing. Attempting to enter the trade too early typically causes unnecessary drawdown and breaks our rule of not waiting for the setup. Newer, or anxious traders usually have this problem and almost always regret doing it.

Conversely, entering into the trade after the level gets hit could be just as detrimental. When markets are racing, and, although price has already bounced off of the level, there could be little guarantee to its continuation. By entering a trade late, you remove the possibility of getting out at breakeven or with a small loss for a much bigger loss if price comes back and decides to take out the level.

For example, on the EUR/CAD chart here, a level was defined at 1.6090. Price jumped right off of it, and moved down for approximately 80-90 pips; a pretty good intraday trade. Had you entered at the “x”, you would have had little room to maneuver in the event that price came back up and took out the level, which it did. Entering this trade late would have most likely ended in a loss as opposed to any form of profit. 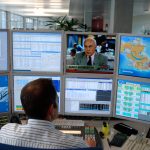